Germany’s Constitutional Court has long been a powerful actor within the German political system. Recent decisions of the Court, however, indicate its increasing willingness to flex its muscles in European politics too. In May, Karlsruhe declared an act of EU law ultra vires for the first time, sending shockwaves throughout Europe. The German Court’s action have received a torrent of criticism: that it is undermining EU law, overstepping its judicial mandate and even lending implicit support to governments undermining rule of law standards. Others have defended the Court, arguing that its decision challenges important deficiencies in the way the Eurozone is organised. In this event, we will present both sides of this debate, looking at the German Constitutional Court from a European perspective. What do experts within and outside Germany think of Karlsruhe’s increasingly assertive role in Europe’s governance? 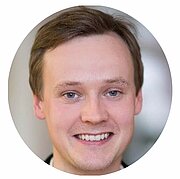 Mark Dawson is Professor of European Law and Governance at the Hertie School. His research focuses on the relationship between law and policymaking in the EU, particularly in the fields of economic governance and human rights protection. Dawson was previously an Assistant Professor at Maastricht University and holds a PhD from the EUI in Florence. He is the Principle Investigator of LEVIATHAN, a research project exploring the legal and political accountability structure of EU economic governance. 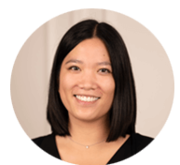 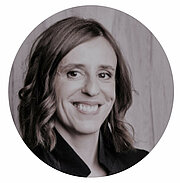 Teresa Violante studied law in Coimbra, Utrecht, and London. She holds a Master’s Degree in Human Rights and Democratization from the Università Degli Studi di Padova and worked as a Law Clerk for the Portuguese Constitutional Court. She is currently a research fellow at Friedrich-Alexander-Universität and a visiting research fellow at the Max Planck Institute for Comparative Public Law and International Law in Heidelberg. She focuses on the role of constitutional courts in contemporary democracies and has authored several publications on Constitutional and Comparative Constitutional Law. 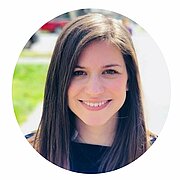 Ana Bobić is a Postdoctoral Researcher at the LEVIATHAN Project at the Jacques Delors Centre. She is working on questions of accountability in EU economic governance, with a focus on the role of judicial and constitutional review conducted by the Court of Justice and national constitutional courts. Her research interests also include EU constitutional law and theory, as well as judicial interactions in the EU. She completed the DPhil at the Faculty of Law, University of Oxford as a Law Faculty Graduate Assistance Fund scholar. She was a lecturer in Constitutional and Administrative Law at Keble College, University of Oxford. 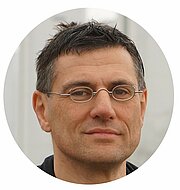 Franz Mayer is Chair of Public Law, European Law and Public International Law, Comparative Law, Law & Politics at the University of Bielefeld. His research focuses on EU law, constitutional law and Public International law and, more generally, on europeanization and internationalization of public law. He was Counsel to the German Parliament and to the Federal Government at the German Constitutional Court, including the proceedings on the Treaty of Lisbon, the first Euro crisis case and the CETA case. He frequently testifies as an expert in committee hearings of the German Bundestag and is also part of the EU affairs committee hearing on the PSPP-decision this year.

Listen to the full recording

By clicking “Accept all”, you consent to the processing of your data in the USA and to the use of cookies and tracking technologies to analyse the usage of our website. In addition, we then incorporate social media content from third party providers. You can find more information on this and also on possible risks of data processing in the USA, make individual settings or prohibit certain data processings by selecting. However, please note that the use of technically required cookies is mandatory for the functionality of the website.